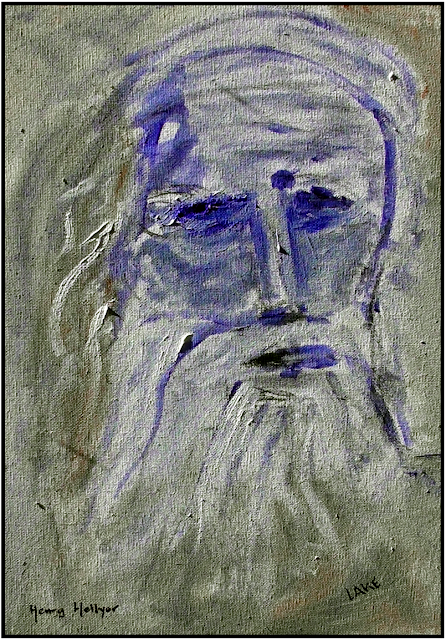 He was an insignificant soldier of no important rank,

He was only a son and a brother.

He was the grandson of some character sent to

Australia and was never allowed

To return to the mother land.

He only served some years in the

Of France and Belgium

His lungs were infused with mustard gas.

He was lucky to have

On his journey homewards

He, the insignificant soldier,

Was severely punished for a time-on-the-town,

He returned to farm on a soldier-settlement

That had non-productive soil, doomed to fail.

During hard times his children were to sleep in a tent

And there was no government support nor handouts.

He only ever spoke of his trip abroad but to a few.

Some folk thought that he was a weird little

Went to his grave early.

His child and wife were spared the horrors of his trip.

The distant dead have now their names in concrete.

Tribute to Arthur (Patty) Smith of the 12 battalion.

I wear all the shades of the battle game

You know the one with no real name

I laugh with the sun

As I cry with the moon

For we are all going home soon

Some a little torn

And for those, we mourn

We all wore the shades in every way

The good, the bad, a little each day

Some rose high while others fell

Who was who, so had to tell

All I know is I wore all the shades

And for that I expect no accolades.

At the end of a brilliant day,

A ruby sun sits low in a cloudless sky,

Casting a shimmering beam towards me

the still turquoise sea in half.

I sit on the beach, mesmerised by this beauty

Why is everything so transient?

I want this magnificence to last forever!

life itself parades swiftly by,

And finally all we have left are memories -

But with the passing years they flicker

and fade in our minds,

Then, we are left with deep yearnings

To return to the past - the good times -

My friend and I weren't into sport

Swimming, running or any other sort.

So when we had to go on a cross-country run,

We knew it wasn’t our idea of fun.

We made a diabolical plan

That we thought of as we ran.

The teacher had gone for afternoon tea

So we made good our opportunity!

We slowed down and let the other runners pass.

Then we hid in the bushes and the long grass.

When we saw the two winning runners returning

We sprinted to the finish line

The ‘cheated’ winners were two boys

Who were protesting and making a lot of noise.

The following week in Ulverstone.

Mysteriously my friend came down with the flu

And I conveniently rolled my ankle too!

So the two boys took their rightful place.

All this connivance over a damn stupid race.

Had to laugh the other day…

...in a well-known burger place

I fronted to the counter there

To order face to face

No one at the counter,

But a lady drifted by,

She called me over to a screen

And asked what I would buy.

A breakfast burger, too.’

‘I guess you want a burger meal?’

She tapped more info too.

She started ticking on the screen,

It whizzed its info fast.

She checked all boxes, up and down,

I really was aghast!

‘Cash or card?’ she blankly stared,

And then she sighed: ‘Just come with me.

We do it a different way!’

We walked back to the counter then,

We had to wait for those then there,

Who’d queued up after me.

And I was next in queue.

I paid cash and sat straight down

To wait for what was due.

There’s just no justice in this world

As far as I can see!

You have to do things twice as long

In name of efficiency. 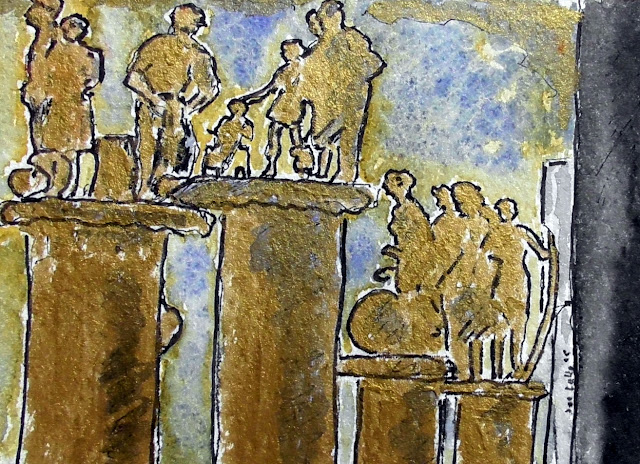 Blind in the dying,

But wail and grieve

in solace and embrace,

And all the while

the light is there,

Exquisite in its rhythm,

Some look and never see

She didn’t get older today,

Others had arrived at tomorrow,

Sheltering in each other,

They were older now,

She was as it was.

These are yesterday’s remains.

In this savage place

there is a hallowed hill,

None may step upon it

save lost souls in renewal,

The leavers fresh from mortal remains,

Confused by this new oblivion,

Snatched in a passing breath,

When the hovering is complete

There is abundant silence in death’s chatter,

Where the keeper’s words

are softer than whispers,

is trapped in the maelstrom of before,

No hunger for the senses that ruled in chaos,

No wants in this transience,

Un-being to the being of.


The sun is brilliantly coming into my room,

Most times car and truck noise at lights,

I looked at the new-design Europa Gazette,

On opening The Advocate,

Surprised he came from Glenrowan, Victoria,

Strange how his papers came to Tasmania,

There are collectors everywhere.

Previous: Hellyer’s party has landed its whale boat near the Emu River’s outlet in the NW of Tasmania, 1826, to begin building a road to open the way to the Hampshire hills thought by him to be suitable for  grazing sheep. Some of the convicts were misbehaving.

‘Harley, come back here but don’t point that rifle at me. It’s been given to you to protect us and to shoot the occasional kangaroo but the dogs seem to be better at this than you are.’

‘Ánd don’t let me catch you stealing any more whiskey from the government store or - there goes your Ticket Of Leave.’

‘Yes, sir, but the others are worried, sir.’

‘Four of us started the road into the hills and now we’ve heard that Lieutenant Barnard and Mr Curr want the road to go from Table Cape instead and they’re out there felling trees as big as houses.’

‘Ýou let me worry about that and furthermore,  what have you got there, Harley?’ Hellyer points to a sack at Harley’s feet.

‘That, Mr Hellyer, sir, is a native cat the dogs have killed. I brought it for you to look at.’ Harley hands over the sack. When he empties it, out falls a ripped-apart native cat.

Hellyer nods. ‘That’s good. I will sketch it. I can’t use the pelt, there is too much damage but good. Well done, Harley and could you organise the whale boat to go back to Circular Head to get some more provisions? Before that, help the others with the tents. It looks like rain.’

‘Ýes, sir, we’ll have to take some provisions up into the hills first and some tents where the four men are working.’

‘Fine, Harley, and take your offsiders with you.’

(To be continued next month)

From Winnie The Pooh

(On seeking the Heffalump):

By and by, Piglet woke up. As soon as he woke, he said to himself: Oh! Then he said bravely: Yes. And then, still more bravely: Quite so. But he didn’t feel very brave, for the word which was really jiggetting about in his brain was Heffalump.

Did it come when you whistled? And how did it come?

Was it fond of pigs at all?

If it was fond of pigs, did it make any difference what sort of pig?

Supposing it was fierce with pigs, would it make any difference if the pig had a grandfather called TRESPASSERS WILLIAM?

Say Not, The Struggle Naught Availeth

Say not: The struggle naught availeth,

The labour and the wounds are vain,

The enemy faints not nor faileth,

And as things have been they remain.

If hopes were dupes, fears may be liars,

It may be, in yon smoke concealed

And, but for you, possess the field.

For while the tired waves, vainly breaking,

Far back, through creeks and inlets making,

Comes, silent, flooding in, the main.

And not, by eastern windows only,

When daylight comes, comes in the light,

In front the sun climbs slow, how slowly,

But westward, look, the land is bright.