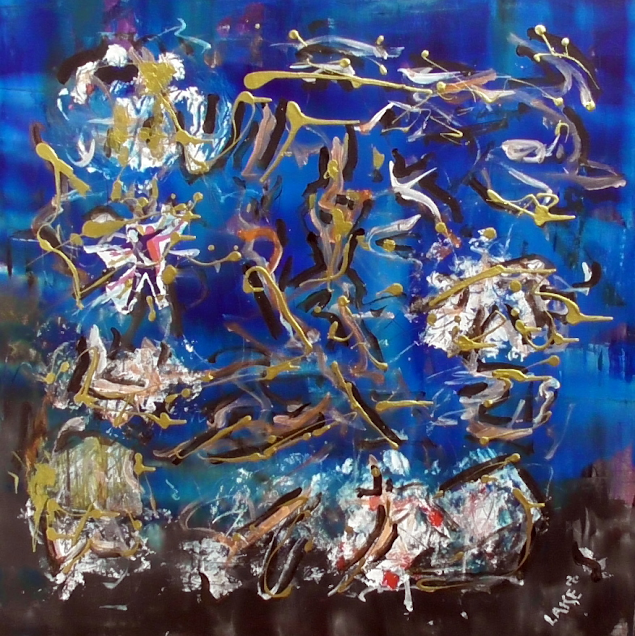 The sounds emitted by homo sapiens

Mostly require a source of happenings

And the mouth does open wide

To placate, splutter, rage or shout

In schoolyard play and football bout.

In lovers’ whisperings close to ears

When emitting hopes, joys and fears

By nights of dreaming,

I once helped a spider,

I’d found it in water,

Its legs stuck together!

So to help with the issue

I drained off the wet

By using a tissue,

But it wasn’t safe yet!

It lay there exhausted

With hardly a move,

I put then, the tissue,

In the sun to improve.

I came back in ten

To observe any change,

And waving a range…

A little while later,

I saw it was free

...of the moisture trap jail

That had involved me.

I came back much later,

The spider had gone,

I felt such relief

To have helped move it on.

If there are spiders in Heaven,

That spider will know

That I saved its bacon. 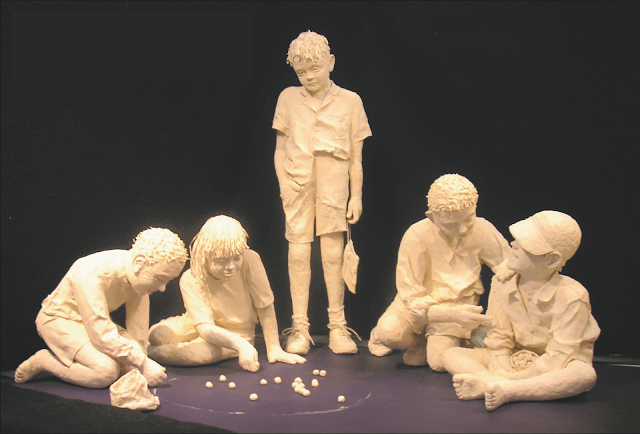 Knucklebones,  paper sculpture by Pam Thorne and Ruth Rees at The Wonders Of Wynyard
Knucklebones

Come and have a game,

and see if you’re a master!

and the boy with the leather pouch

squats in the dust.

He clears away the dirt and pebbles

strewn by a passing chariot

with the side of his hand.

When all is smooth

he empties the contents of his bag

The bones are smooth and polished;

many hours of play

and the palms and backs of hands

give a comforting, familiar feel,

and a grey-green patina

or gobs or dibs or jacks,

A child today could play

or a peasant’s son,

and know the rules,

and win a wordless game.

to play the ancient,

that have those lovely,

The Visitor From Far Away

Despite the lateness of the hour,

She went outside to watch the meteor shower.

The sky put on a really good show,

One of the meteors was flying really low.

Suddenly it came into clear view.

It was a flying saucer; she could hardly believe it was true.

It hovered above her back yard and then it crashed down hard.

She stood transfixed at the strange sight,

A round metallic object, glowing bright.

Suddenly there was a scraping sound,

Up popped the top and a space-suited

Figure jumped to the ground

The figure took off its helmet and looked around.

It was too dark to make out its face,

So she turned on the back light and did she get a fright.

She saw a green face with three

Black bug eyes. Then, much to her surprise,

She screamed and it screamed back!

She thought, ‘If it can scream, maybe it can talk’.

She said, ‘Welcome to planet Earth, can you talk?’

It replied, ‘Welcome to planet Earth, can you talk?’

She felt perplexed and wondered what to do next.

It produced something like an electronic device from its pocket.

She said out loud, with a tremor in her voice,

‘Oh, I hope that thing doesn’t shoot out death rays.’

It punched some buttons. She screamed,

She wondered whether she should run away.

Then she heard it say, ‘Greetings, I have analysed your language

And implanted its fundamentals in my brain.’

She said, ‘I’m astonished, you are truly remarkable.’

Then it started to rain. ‘Would you like to come inside for a cup of tea?’ she asked bravely.

the alien agreed most politely.

The sun is brilliantly coming into my room,

Most times car and truck noise at lights,

I looked at the new design Europa Gazette,

On opening The Advocate,

Surprised he came from Glenrowan, Victoria,

Strange how his papers came to Tasmania,

There are collectors everywhere.

In the cul-de-sac that is my mind,

This labyrinth where we hide

from humdrum and chaos,

We are the two of us,

Beyond reach of raging crowd,

Concealed in this haven,

Connected in chatter-field of whispers,

Words are others calling, interruption,

Hush! We hear ourselves, in isolation,

In the cul-de-sac that is my mind,

I slipped from myself,

She stepped into me,

It was the leaving,

Looking in and looking out,

Breath for no breath,

We were each other,

Atop this verdant hill, in splendid grace,

she gazes at bounteous vistas wide,

And beyond - the remains of pain,

What was, who are, in tedium, on other side,

She has stepped the path, veiled, translucent,

And welcomed, in joyous exultation, softly,

This silent and embracing call of death.

Like Diogenes, who was so unimpressed by wealth and power

That he refused to bow down to

When he visited Corinth, I too am true to myself!

Why can’t people see who I really am,

Appreciate me for the woman I am.

Not that I aim to live in a tub, as he

was reported to do!

Throughout life, I’ve been misjudged, misunderstood

It’s so frustrating! I’m comfortable with myself

and I believe in myself -

So why can’t others believe in me too?

I’m on my soapbox now and yet

I shouldn’t have to be!

The burning question is -  when someone

Can that person forgive and forget? Is it possible?

Perhaps we can forgive but does anyone

After all, when unkind words are uttered

or a wrongful deed done,

Surely the memory of that never completely leaves -

It’s as if a record player’s needle is stuck,

round and round it goes -

Or as if a movie camera constantly

rolls in our minds. 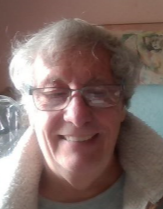 Previously: Hellyer, the VDL surveyor, with some convicts, had begun to build the road to Hampshire into the bush, from Emu Bay, against the will of the company. Lieutenant Barnard, who is ex-navy and also a surveyor, has come to take everyone back to Table Cape.

Hellyer holds out his hand to the lieutenant, who has been in the navy and is now intending to settle in the NW of Tasmania.

‘Lieutenant, good of you to come, let’s have a cup of tea.’

Hellyer opens the flap to a large tent that holds the supplies. ‘Come in, there’s a table and some chairs. Sit down, please, I’ll get the bottle.’

Barnard takes off his sword, leans it against one of the crates and settles down at the table. ‘You know why I’m here, don’t you, Henry?’

‘Yes, but it won’t make any difference.’

‘You have stubborn ways,’ Barnard said.

‘Yes. Here is your whiskey. The convicts have been stealing some and I have threatened them with the withholding of their tickets of leave.’

‘You must be firmer, put them in their place, Barnard said.

‘I try to make it easier for them too get their tickets of leave to make them responsible citizens,’ Hellyer said.

There follows a pause where they sip their whiskey.

‘Henry, my servant tells me that there is a plot brewing against the VDL company.’

‘He tells me that one of the convicts threatened to shoot me if I don’t leave you alone.’

‘Then what have you got this rifle for?’ Barnard asked.

‘There may be hyenas in the bush or the

‘There are none up here, nor are there blacks,’ Barnard replied.

‘Maybe. So… are you going to support me with the road into the hills from here or shall there be continuing argument and confrontation?’

‘Mr Curr told me to persuade you not to force  you to change your mind, Henry,’ Barnard said.

(to be continued next month)

In modern times it has become the fashion

To brag about a once hidden secret

That you had found the elusive convict in your tree.

It wasn’t many years ago, though,

That to make such a statement

Would have been a social disaster

For you would have been an outcast and decadent.

Your blood and genes were considered

When survival was fierce,

Some people weren’t so concerned

With convicts in their tree

But with convicts in their tummy,

My entry for Minds Do Matter -

My Dad. Homework By Candlelight

There is a fine balance between the past,
Present and future.
We live in the present, look forward to the future, whatever that holds.
But we cannot ignore the past, the suffering, the tragedies, the discoveries.
Without the balance of all three, we cannot evolve.